Posted on March 22, 2011 | Leave a comment
This week I’m continuing the ‘Introducing’ series, introducing you to the photographers in our group and their work . This week I’d like to introduce you to Deirdre Moriarty and her wonderful photos from around the world. You can see the rest of the profiles in the series here.

Where are you from ? Waterford City

How did you end up in Cork ? I first moved to Cork from Dublin in 2001, after I had qualified as a midwife. After a break of three years living abroad, I came back for good in 2006.

What cameras do you use ? I have two Canon EOS 500 N, one each loaded for colour and black and white.

What was your first camera ? I can’t remember. It was a small fully automatic one, probably Kodak.

Tell me a little about how you got into photography ? In 1997 /1998 I did a round the world trip and spent the year constantly shooting pictures with just a small automatic. I was hooked, and as soon as I came home I bought my first SLR.  It wasn’t until 4 years later, when I moved to the Middle East that I really became passionate about photography. I tried to sign up for a photography course in Abu Dhabi, but the director of the course didn’t have enough English and I didn’t have enough Arabic !! So when I came back home I did the night course in basic photography in Crawford College, met the rest of the gang…. and the rest is history.

Why choose analogue photography ? Probably the same reason why a carpenter would spend hours carving out a beautiful hand crafted table, instead of simply driving to Ikea to buy one. The sense of joy and satisfaction you get from seeing the negatives you have developed yourself ( if you haven’t made a complete mess of the chemicals !!) morph hopefully into, the perfect print on a blank sheet of paper, is incredible. It even makes the days in the dark room when nothing goes right for you and you’ve just wasted half a box of expensive paper…. worth it 🙂

What are your influences/inspiration and who are some of your favourite photographers? Travel, people and the great outdoors.  Ansel Adams, Robert Doisneau and Andrey Tarkovsky’s work was incredible. But my favourite photograph is Henri Cartier-Bressons ‘Muslim women praying at sunrise in the Himalayas’… a pure work of art.

What would your dream photographic opportunity be like? Who/what/where would you shoot? I would love to live and travel around China and Japan. So if money was no object, a year out to photograph out there 🙂 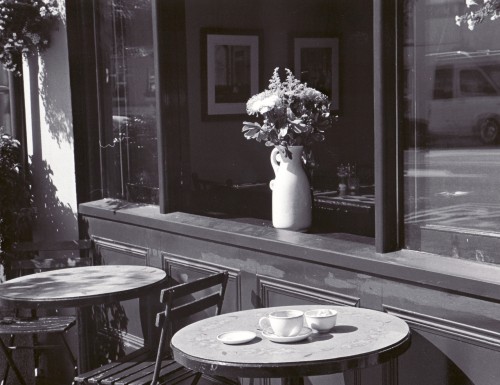 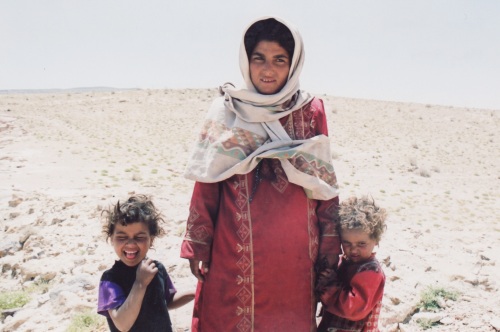 I thought it was about time we all got to know each other so every week I’m introducing you to another member of Cork Analogue Photographers & their photos. This week its Goli’s turn. Check out the other profiles here.

Where are you from? Spain, a gorgeous village in the north of Palencia, called Cervera de Pisuerga.

And how did you end up in Cork? Long story short, an Irish woman changed my mind (My initial idea was to go back to Spain) and I gave a chance to Cork and have been here for the last 10 years. By the way, I am married with that Irish woman.

What was your very first camera? Konica, I can remember what model, but it was a compact, that I had for 10 years.

Tell me a little about how you got into photography? I always love taking pictures, mainly in trips and traveling, but I got a sense to get something else, try to capture the soul of a person in a simple portrait, try a more artistic approach from normal pictures and forgetting about the rules and looking for light, shapes, textures, people reactions.

Why choose analogue photography? I love portraits and that power of looking a picture in a black and white, it gives you that feeling of eternity, as well as all the process to get your picture from the taking to the developing.

What are your influences and who are some of your favorite photographers? I love Sebastiao Salgado, he is amazing photographer that wants to change the world through photography, social photographer: “What I want is the world to remember the problems and the people I photograph”

What would your dream photography day be like? Who/what/where would you shoot? I like events like demonstrations, festivals to bring a subject to life, photography is a way of a life and I enjoying photographing anything, but I love portraits and raw nature.

Every week I introduce another  member of Cork Analogue Photographers and their work. In this third profile we meet Sanda, her beautiful portraits & her dreamy landscapes. – Miriam

Where are you from? Kuldiga, Latvia

And how did you end up in Cork? Initially I first came to Cork during my gap year to study English but stayed for couple of months only and moved to London. I had made few friends here so I returned to Cork in 2000 to study Film and Video production for 2 years . Here I am, still years later.

What cameras do you use? Canon 35mm SLR, Lubitel2, Kiev90, Holga, Polaroid

What was your very first camera?  Zenit.

Tell me a little about how you got into photography? I guess photography has always been somewhere in the background. Growing up my father was developing his own film in our bathroom and my uncle was printing his own pictures. We had quite a few photography books in the house. My favourite one that I used to look through again and again was of black and white portraits and street photography by Vilhelm Mihailovskis. Looking at them felt somehow magical. I went to a private school with strong focus on Art and Humanities and graduated School Of Art. That’s probably where my initial perception and sense for image evolved. Taking pictures in a way has always been parallel to painting and drawing but somehow I never considered it as a form of self expression. I’m still constantly finding my self in the world of photography.

Why choose analogue photography? Photography is one to me, I don’t distinguish between analogue or digital, at the end it’s the subject that matters. I started taking pictures using film and so I guess I haven’t moved on but in truth digital somehow doesn’t affect me in the same way as film does. Maybe one day it will. I also love the process of developing and printing in darkroom, it’s very different and special, in a way almost calming to me. Unfortunately working in a darkroom is becoming somewhat of a luxury to me.

What are your influences and who are some of your favourite photographers? Andrei Tarkovsky has always inspired me and still does in a very special way, helps me to introspect. I think life in general is the main influence. They are small things like music, theatre or having read a good book. They are the small moments of life that inspire me. I love Dali, Maija Tabaka, Otto Dix, Sandra Flood, – their work has that endlessness and compelling emotion that attracts and inspires me. Same in the literature- Gogol, Turgenef, Tolstoy, Mikhail Bulgakov, Proust, Knut Hamsun, Franz Kafka, Virginia Woolf. My influences among photographers are Francesca Woodman, Sally Mann, Diane Arbus, Antoine D’Agata, Vee Sppers. I have great respect and admiration for Stanley Greene as photographer.

What would your dream photography day be like? Who/what/where would you shoot? I don’t think I have a dream day as such, a dream camera –yes or a day where I would have plenty of my own space? It’s the end result that means the most to me, the process it self matters only to a certain point but not to extent that I have an ultimate fixed dream. But then again I don’t say my dreams out loud for they will not come true. 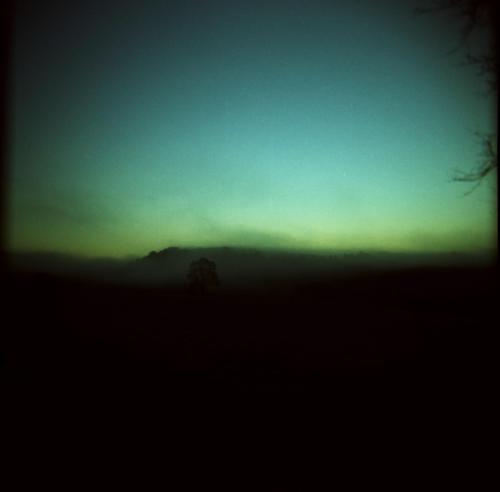 To see more of Sanda’s work go to  Sanda Galina on Flickr.

The second in our weekly series introducing members of Cork Analogue Photographers and their Work. This week its Cork native Brian Dunne.

Where are you from? Carrigaline, Cork.

What was your very first camera? Fuji bridge camera .

Tell me a little about how you got into photography? I bought a camera for holidays and it just felt right so went on to experiment.

Why choose analogue photography? I borrowed a camera off a friend to try film and it just worked

What are your influences/inspiration and who are some of your favourite photographers? PREDRAG  VUCKOVIC sports photographer and Ansel Adams. Also most of the National Geographic photographers.

What would your dream photographic opportunity be like? Who/what/where would you shoot? Action shoot with stars like Nicky Hayden, Valentino Rossi, Casey Stoner (moto gp stars) 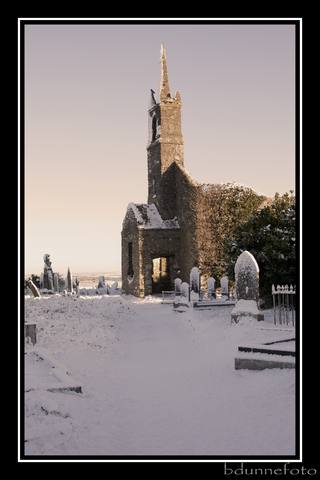 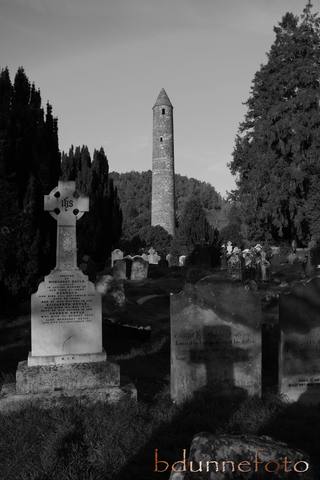 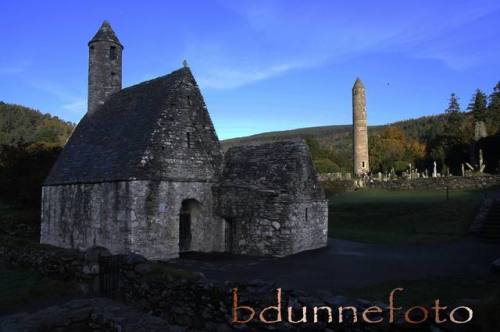 We thought it was about time to make a few introductions around here, so every week I’ll be interviewing another member of Cork AP  and showing you a few of their photos. Today we’re starting with Pamela Condell, sometimes known as the Deer.

Where are you from? Kilkenny, living in Cork.

What cameras do you use? Nikon D90, Bronica Zenza ETRS and a Nikon F75 for 35mm colour slide.

What was your very first camera? Pentax MZM

Why choose analogue photography? It trains your eye and you develop a respect for the images you create. There’s an intimacy that comes from spending time with your work, both on the field and in the darkroom. You begin to understand your work and find your own voice or thread in the films. The same discipline doesn’t come with only working in digital. Analogue is an art, a craft. Anyone can pick up a digital camera and eventually happen upon something decent, analogue is both a constant evolvement in skill and personal development.

What are your influences/inspiration and who are some of your favourite photographers? T.S Eliot and Emily Dickinson, music, film’s, Marina Abramovic, Lucien Freud and Michael Fortune the Irish visual artist. Photographers include Martin Parr, William Eggleston, Paul Graham, Joel Sternfeld, Anthony Haughey and Nobuyoshi Araki.

What would your dream photographic opportunity be like? Who/what/where would you shoot? The basements of the upper class in Ireland and the U.K.  And I’d like to be able to finish what’s started this year. 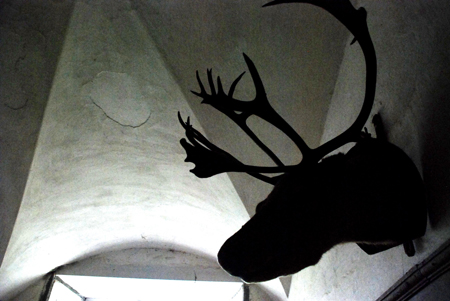 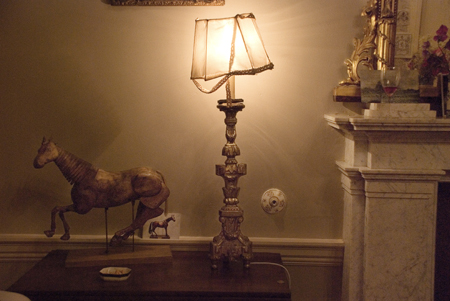